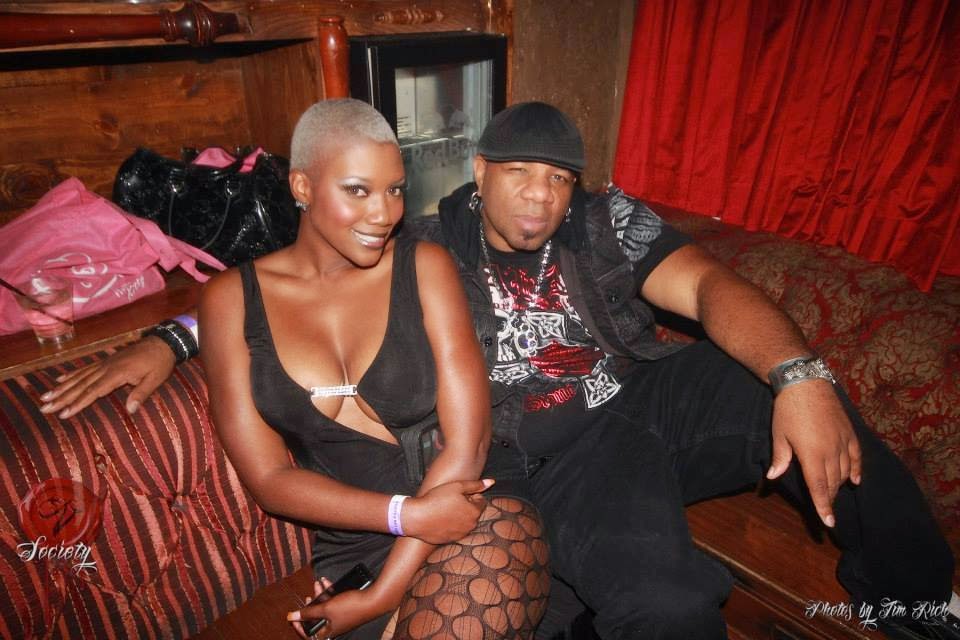 Radio personality and former adult entertainment superstar Nyomi Banxxx welcomes noted BDSM/fetish educator and expert Orpheus Black to ‘The Live Show’ on Chocolate Radio tonight. The pair will discuss alternative lifestyles and help introduce listeners to the world of BDSM.
The show will air from 7 to 9 p.m. on www.ChocolateRadio.net. Listen Live
See Us Live Tonight
“Sex is the last bastion of human exploration, and I plan on exploring every inch of it, especially this Wednesday with Nyomi Banxxx on Chocolate Radio,” said Orpheus Black.
A noted BDSM expert, author, blogger, and fetish educator, Black is Southern California’s Leather Master/slave titleholder. He is also a published author and erotic educator, specializing in hierarchical dynamics, non-monogamous relationships, and extreme sexual encounters. This two-time Bawdy Story telling champion has been traveling the country teaching his fun and light-hearted educational events for more than a decade. During this time, Orpheus has become one of California’s most respected educators, as well as a favorite interviewee and contributor, lending his expertise to shows, such as Chocolate Radio and “Love, Sex, and Hip Hop,” and others. Currently, he hosts his own sexy monthly podcast, “The Tyrant Thinks.”
“It’s truly an honor to have such an accomplished educator, performer, and philosopher in studio with us. As one of the most sought after and respected doms and performance artists today, Orpheus is going to inform and educate our listeners, as well as make us think about how we view ourselves.” Banxxx said.
“The Live Show,” the flagship program on Chocolate Radio, is a fast-paced, segment-driven show where Banxxx shares her opinion on topics including sex, gossip, sports, social issues, and everything in between. Always putting a sexy spin on every topic covered, she gives her audience/listeners an opportunity to be a part of the show, giving them the virtual ability to take on the co-hosting seat.
Today, Banxxx is also raising funds through a Kickstarter campaign to upgrade Chocolate Radio in order to reach its fast-growing listenership. To donate, please click here.
Once the money is raised, the funds will go toward acquiring top-of-the-line sound equipment and a new telephone system to allow listeners to hear and be heard with the best possible reception. Funds will also go toward needed software media outlets Live365 and Ustream.tv, and for television cameras for audiences to watch the shows via Ustream.
Known for her work as an adult performer, Banxxx transitioned into radio as a popular host three years ago with shows on Playboy Radio and Sirius/XM Satellite Radio. On the heels of that success, the sexy entrepreneur established ChocolateRadio.net to provide an eclectic mix of lifestyle advice, news, sports, sex, music, female empowerment, and spiritual exploration topics for its adult listeners.
For a schedule of shows on ChocolateRadio.net, click here.
About Chocolate Radio:
Chocolate Radio is an online radio station based in Los Angeles; it caters to adult listeners between the ages of 21-60, who are interested in being educated on sex and relationships without judgment. Chocolate Radio is the brainchild of Nyomi Banxxx, a former adult film icon who transitioned into radio through her time at Playboy Radio and Sirius/XM. After spending 3 years at Playboy Radio, she ventured off to create her own station – and Chocolate Radio was born. The target audience is made up of those who would love to join in on the conversation and have an opinion and voice needing to be heard. They are the ones who love to support independent artists’ never-heard-before music and entertaining, thought-provoking shows. Chocolate Radio is online at www.ChocolateRadio.net.