‪Zen and Mastery are similar in that they both believe in the adage, “ the more one talks, the less they know. “ If your not able to demonstrate your Mastery; then your not. ‬

Well, truth of the matter is that true submission is developed and cultivated through hard work and introspection. The process is more of an uncovering or a rediscovering than a finding. And yes, for some people this process will be as easy as snatching the blankets off of a bed and for others it maybe a deep and difficult excavation of the self.

First lets examine, “ What is Submission ? “

Submission is a derivative of Surrender in that both are states of being and both are predicated on the cessation of resistance. But, what makes them different is that surrender is usually situational and ( or ) incremental. ( also referred to as submitting ) Where as surrender is a perpetual state of non resistence which is akin to the buddhist term enlightenment. And that once developed, a person in their submission no longer has the desire to resist, to fight, to struggle… they no longer look clamor for external methods of control.

This means that a sub, that is in their submission, submits because it brings them pleasure to please others and because it’s in their nature to do so. But it’s not because a dominant has some kind of invisible hold over them. That is the illusion of submission which tends to distract those that wish to submit from realizing their true self.

Far to often a dominant becomes the crutch in which a submissive rests their psychosexual and intimate worlds on. They often say, “ I wouldn’t do this or that, if you didn’t make me do it “ when the truth is that they had secretly fantasized about doing those same things for as long as they could remember. Being in ones submission means not resisting your wants, needs and desires. It means not stifling who you are or suppressing who you want to be. Submission is a shedding of all the shame and anxiety that arises when one tries to ask for what they need to feel satiated.

Submission, when cultivated properly is power of non resistance.

How does one develop this power?

Why do we use broken in a way that denotes a things final state of being. We say, ” I’m broken ” or ” we’ve broken up…” but the truth is what we call broken a Buddhist calls impermanence. Which is the idea that everything will change; nothing will st…

Think of bondage as a dance. The Master knows the steps so he leads and you follow. The Master guides you through each movement. Holding you at every turn. Supporting you at each moment. The hart of a master is the metronome by which he dictates the pa…

First let me say that it is a vanity to think that any dominant or any human causes emotional physical, psychological, mental or emotional growth in another. That’s like taking credit for the growth of a tree you planted or the growth of the grass on y…

Dear Naked Narratives, I really like the fact that your perpetuating the narrative about sex workers of color specifically ” femmes ” but as a male sex worker of color I really wish that we were more often included in these conversations, not just as a… 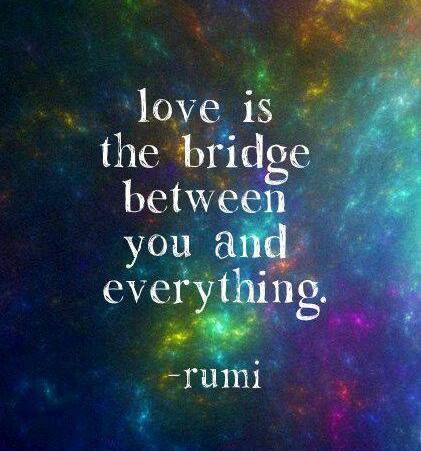 As a Buddhist, I would like to point out that the whole concept of “deserving” is an entitlement or a type of attachment that leads a person to believe that they inherently warrant a specific kind of treatment . And we, as Buddhists believe that all attachments need to be let go of because they lead to suffering . So when you remove this attachment as well as it’s implied moral justification, you will see that no thing , under any circumstances deserves to die! And no one , under any circumstances deserves to be killed.

The conflict between your nature and your religion does not make your life forfeit in the eyes of god, nor should it be seen as worthless simply because you choose to love differently. As a man of faith, I believe that while your soul belongs to God, your mind, body and heart belongs to the world. ( Ubuntu ) I believe that you and all beings were put on this planet for one purpose; to provide care, compassion, tenderness and love to each and every person without discrimination do to race, creed, religion, gender or sexual-orientation. And to loose your light, as a result of mans bigotry, would only make the world a darker place.

You, like all of mankind, were born to live and love in accordance with your nature and no religion on the planet has a doctorin that advocates against that.

Submission is not selfish; it’s self-sufficient. In fact, this innate human characteristic is not governed by complicity, gender, sexuality or the lack of dominance. Submission is ones natural desire to yield, both in body and mind, to a force greater …

When we speak of submission, in it’s  purest form, we have to differentiate between what it is supposed to be as opposed to what it has become. For it’s the devolution of this superior state of mind and being that leads to suffering.When submissio…